I was scrolling around today and found some good cautions for us all about creating realistic story lines in our fiction. I especially like the first warning:

Stop having characters read each other’s minds by looking into their eyes!

It has often occurred to me that it’s not “the eyes” that convey emotion anyway. It’s the facial muscles around and below the eyes that make them cruel or sad or joyous. So note to self: be careful about using this trope.

Today, though, I especially want to pick up on the point that it’s okay if characters can’t always tell exactly what the other person is thinking. 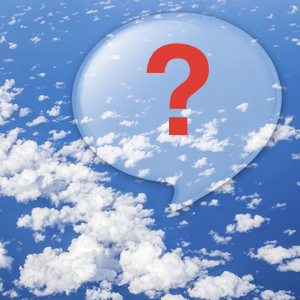 Ambiguous communication opens the way for that revealing dialogue tactic, “‘No’ Dialogue.”

I’ve scoured the remains of my film-writing library (used only for one intense period in my writing life) looking for the book that introduced me to this terminology. You won’t find this phrase with search terms, which return sites about films without dialogue. In contrast, in “‘No’ Dialogue” one character refuses to give the other what he or she wants without ever quite saying so.

The technique delivers “subtext,” what’s really going on below the surface, without the characters having to stop the story to explain. At the same time, it builds tension, as the main character cannot get what he or she wants. Here are a few lines from that wonderful scene between Bud White and Lynn Bracken in L. A. Confidential (warning: I’ve ** the bad words, but you’ll still know what they are):

Miss Bracken, don’t ever try to f**king bribe me or threaten me or I’ll have you and Patchett in s**t up to your ears.

I remember you from Christmas Eve. You have a thing for helping women, don’t you, Officer White?

There’s blood on your shirt. Is that an integral part of your job?

Do you enjoy it?

When they deserve it.

Did they deserve it today?

Last night. And I’m not sure.

But you did it anyway.

Yeah, just like the half dozen guys you screwed today.

Actually, it was two.

Dialogue like this is a verbal contest—instant conflict—in which each character refuses to acknowledge what is actually being asked, which is “What kind of person are you?” because answering that question would set in motion a terrifying commitment. Yet we know from their refusals to state the obvious what it is that bothers them about themselves, what they’re struggling with behind the repartee, what they’re trying to deny.

In only one place in this exchange does Bud answer the question Lynn actually asks: “Did they deserve it today?” And when Bud finally answers, his tough-guy façade slips. “I’m not sure.” That uncertainty has been there all along, as she throws him off balance and disrupts his self-image. When his doubt emerges, it’s a surrender he didn’t plan and a giveaway to what lies ahead.

And note that we get this many-layered interaction between two people searching for the possibility of something more than what lies before them without a single reference to the look in their eyes.

Although many writing coaches don’t use the term”‘No’ Dialogue,” several suggest ways of incorporating this technique into your stories.

In my own case, when I’ve felt that a scene has really delivered at least some of the impact I hoped for, I’ve looked back to see that “‘No’ Dialogue” has played a role in that success.

Do you have favorite scenes where one or more of these versions of “‘No’ Dialogue” has served the story well? Share!

Writers in the Storm often supply good lessons. This is a particularly cogent first-page critique

that takes aim at some my worst foibles: too many metaphors, authorial intrusions, details readers don’t need, details they do need–what about you? How would you rate this first page?

Think you know SEO? Chris the Story Reading Ape passed along this comprehensive list from Mostly Blogging: How to be Found on Google Today, 17 Powerful Tools.Some I bet you’ve never even heard of!

Then there’s How to Write a Press Release from The Happy Self-Publisher. Instructions, templates, examples galore! Help yourself!

And what about “stupid writing rules”? Colleen Chesebro at the Fairy Whisperer proposes a list of 12 Dumb Things New Writers Tell Each Other. I added one of my own. What would you add?